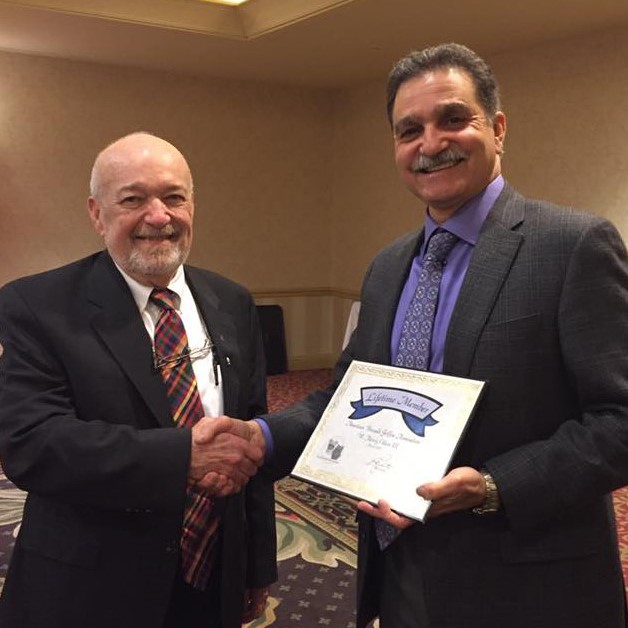 Henry became the owner of a Brussels Griffon in the late 70’s, having ’rescued’ a pure-bred Griffon while on a visit to his home state of Georgia and, although he’s never considered himself a breeder of Brussels Griffons, he has had a love affair with the breed ever since. Henry had the pleasure of owning “Little Richard” with Marjorie Simon to the Top Toy in 1988, primarily handled by Michael Kemp. Henry has had other champions with not such stellar careers, and primarily non-champions, but loved and appreciated each and every one. His desire is to see the devotees of this great little breed continue pulling together to ensure its future as a breed, a companion and, as a competitor in the performance and show rings.

DIRECT QUALIFICATIONS FOR A MEMBER OF THE ABGA BOARD

• Vice President, ABGA – 2009 to 2016
• Member of the ABGA Board of Governors since 1989;
• Member of the National Brussels Griffon Club (NBGC) and former Eastern Area Director for 5 years;
• Chairperson: ABGA Show/Event Protocol Committee;
• Liaison to the Webmaster (which includes listing dogs available for sale)
• Member, Show Committee, ABGA 1st – 3rd, and 7th – 17th, Independent National Specialties (2000 – 2017) – Unofficial assistant to the in-house secretary for the National Specialties – 2008 – 2017;
• Helped arrange for Ms. Werne (and Dr. Platt) to attend our 2008 National Specialty re ABGA’s AKC CHF Grant No. 1004;
• Assisted associate ABGA member Greg Lawson with his health presentation in 2011;
• Worked with the Ways & Means Committee and Damara Bolte to design and produce a special piece of jewelry for Club members to purchase (in the vein of our 50th anniversary);
• Provided an individualized Griffon “piece” for our live auction at each of our Independent National Specialties;
• Help, when needed, to proof formal ABGA documents; and,
• ABGA’s Delegate to the AKC from 1990-1997

INDIRECT QUALIFICATIONS FOR A MEMBER OF THE ABGA BOARD

• Owner, Breeder, and Exhibitor of AKC registered dogs since 1965;
• Active in organized kennel clubs for more than 30 years including:
o Elected Charter Member of the AKC Delegate Parent Club Committee;
o Old Dominion Kennel Club – Activities include Board member; Show Chair; Match Chair; Publicity Chair; Corporate Liaison Chair; and, Media Chair; and,
o Member, Virginia Federation of Dog Clubs and Breeders;
o Member, Basset Hound Club of America since 1983;
o Member, Border Terrier Club of America since 1995;
• Superintendent with MB-F, Inc. (since 1997);
• Member of the President’s Council/AKC Canine Health Foundation (including attending the Delegate’s Parent Health Club Conferences (including the National Conference in October 2009 as a member of the President’s Council);
• Served on the AKC Nominating Committee at the pleasure of the Board Chair;
• Charter member of the new Morris and Essex Kennel Club;
• Owner and President of Odum Insurance Agency, Inc.; and,
• 35+ years as an oceanographer having attended Georgia Institute of Technology and graduated from Emory University.