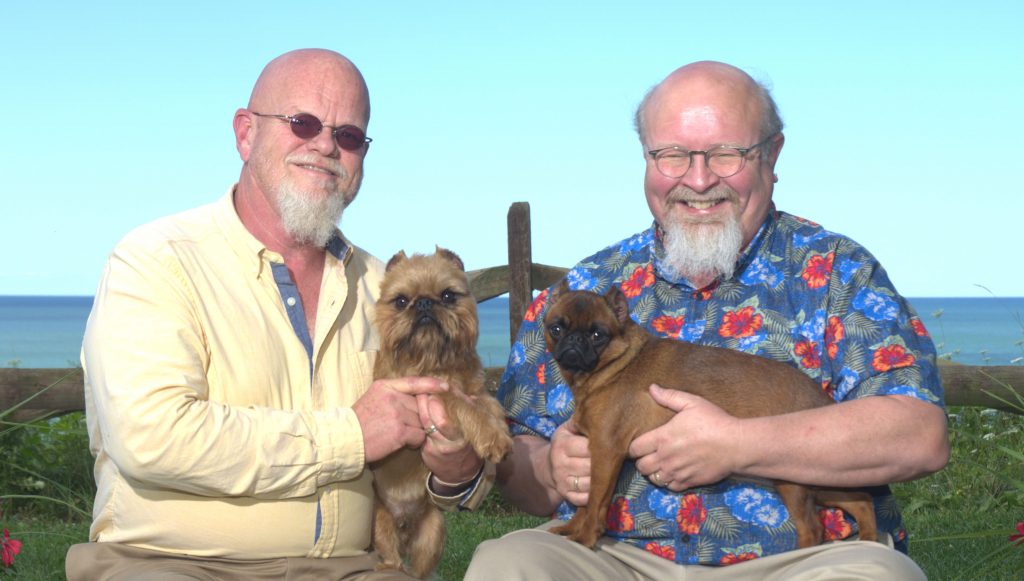 Mr. Jeff Bazell obtained his first Griffon in the mid-1970s with a Brussels Griffon from Nigel Aubrey-Jones. He became a parent club member in 1979, during the Iris de la Torre Bueno years. Bazell has served the club as president, show chair, and specialty coordinator, and for 16 years he was publisher of the national breed magazine. He currently serves as the parent club historian and archivist and has amassed one of the largest collections of breed-specific items known among all breeds. He has judged parent club specialties on four occasions including the national and has judged Griffon specialties and club shows worldwide and is an AKC multi-group judge. He has been an approved breed mentor since the program’s inception and has presented the breed both here and abroad on many occasions.

Mr. Jeff Kestner has been active in the breed for the last 15 years and maintains a vast Griffon breeding-record collection and database worldwide. He is approved to judge the breed along with half the Toy Group. As an active parent club member, he has served on constitutional revision committees and is a parent club–approved mentor and presenter. He has also judged sweepstakes at the national specialty.

Together the Jeffs have bred and/or owned 108 AKC champions as of October 2019, bred another 68 champions in the United States and Canada, and owned or sold another 90 champions internationally. There are 1048 first generation St Johns titlists worldwide. St Johns exported the first American Griffons to Australia, where they earned multiple group and BISS placements. The Jeffs also helped reestablish the breed in its homeland during the mid-1980s. The breed had nearly died out in Belgium and the Netherlands before St. Johns Griffons revitalized the breed on the European continent. Dogs of St. Johns breeding have sired many champions internationally, and St. Johns is behind many of the world’s successful breeding programs. Performance titlists are important to St. Johns, with 20 AKC-titled dogs and an additional 18 internationally.

Bazell and Kestner are proud AKC Breeders of Merit whose stock is fully health tested on a generational basis. St. Johns has been an AKC-registered kennel for many years.