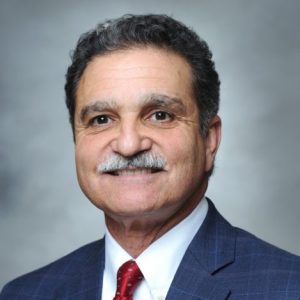 The following Bio was submitted by Raul following this award:

My first introduction to a Brussels Griffon took place in the late 80’s when I met Henry Odum and Marjorie Simon (with Little Richard) at the Rock Creek Kennel Club dog show out side of Washington, DC.

That meeting eventually led to meeting Kay Braukman who after much “prompting” decided to trust us with a bitch from her K Dee Bees line.  Her belief in me is something that I will never forget nor take for granted.   Since then, I have bred and finished numerous Champions under the “KAPERS” prefix.  But make no mistake, I would not be writing this if it wasn’t for numerous people that took a chance on me.

I quickly developed an interest in not only the breed but it’s AKC Licensed Parent Club, the American Brussels Griffon Association (ABGA).  Sitting on the sidelines has never been a characteristic used to describe me; so I began volunteering in whatever way I could be useful.

My involvement with the ABGA has allowed to volunteer in many ways.  I have served as the 50th Anniversary National Specialty Trophy Chair, Club’s AKC Delegate, on the Board of Director, the Ways and Means Chair, to ultimately serving as President over several terms.

My proudest moments have been getting to know my fellow fanciers while volunteering on activities such as setting up the ring prior to the National Specialty, planning the next fundraiser and most recently coordinating the just-concluded 75th Anniversary National Specialty.

Thank you to all of those ABGA members and the dog fancy for allowing me to serve you.  It has been a great time in my life…one that will continue for many more years.