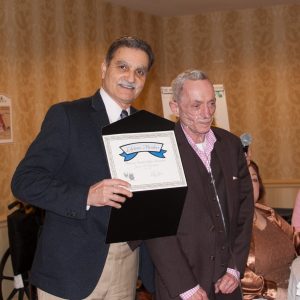 The following Bio was submitted by Jimmy:

My interest in Brussels Griffons was first sparked watching the Toy Group at Westminster Kennel Club on TV in 1985. The Brussels Griffons’ appearance and animated attitude caught my attention and my heart. I had to have one of these little creature-like dogs. While researching the breed, I discovered my hair stylist, Bill Usherwood was a breeder. I contacted him and he advised me it would be several months before a puppy would be available; however, he soon began to mentor me on type, conformation, correct movement as well as grooming. I traveled to shows every weekend with the Bill Usherwood and Bill Bodine showing Brussels Griffons (the Bills). I finished my bitch’s AKC Championship and many of the Bill’s dogs as well. I was totally enamored with the sport of showing dogs. I soon became a member of the American Brussels Griffon Association, attending both National and Roving Specialties. During a National Specialty, I became friends with Bobbie Norkus and Kay Braukman. Bobbie Norkus took me under her motherly wings. Bobbie always had an endless supply of beautiful dogs to show if I was willing to strip the coats and groom. As a team, Bobbie and I bred and finished many AKC champions. Bobbie was also a wealth of information on line breeding to achieve superior type and conformation. Kay Braukman also shared a lot of her breeding experience with me. Kay gave me a dog by the name of KDB’s Short Stack which eventually became my first MBIS winner. In the most recent years, I have bred dogs with Donna Hois. Donna and I have also bred many Specialty winners, AKC Champions and Grand Champions.  Throughout the years I have accomplished many Specialty wins, group wins, group placements and BIS wins with my dogs. I have served as an ABGA Board Member and AKC Delegate. However, the most important part of this story is not the wins but the many friendships I have developed as a member of the ABGA and the love for the most wonderful breed of dogs, the Brussels Griffon.